The Network meeting was framed within the Fourth Regional Conference of Childwatch International in Latin American and the Caribbean organized by The Center of Advanced Child and Youth Studies of CINDE and Universidad de Manizales, The school of Psychology and The Childwatch Latin American Network. The conference focused on interdisciplinary approaches to participatory research on children and youth participation. 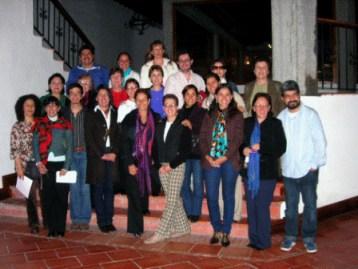 CINDE Colombia hosted the fourth Latin American and Caribbean regional conference organized by the Childwatch International Regional Network in November 2008. A regional network meeting took place in conjunction with the conference. This year the conference was to a large extent connected to the Latin American Young Researchers Training Programme, and the participants of this program were all invited to participate and present the work prepared through the training process.

The regional network meeting discussed future plans for the regional network. The Young Researchers from the Training Programme expressed their opinions regarding their experience on the course and made suggestions for improvement.